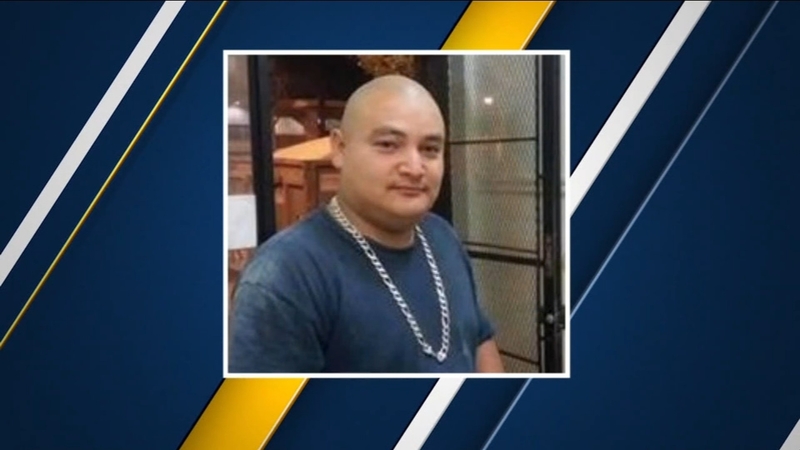 BAKERSFIELD, Calif. (KFSN) -- Gustavo Arriaga came out of the house he was hiding at with his hands up as SWAT teams were gearing up to go inside on Friday morning, authorities said.

That moment of his arrest, two days after he allegedly shot and killed Newman Police Corporal Ronil "Ron" Singh, was the product of collaboration between different law enforcement agencies and the receipt of hundreds of tips.

On Thursday afternoon, Donny Youngblood, the sheriff of Kern County, received an urgent text from Stanislaus County's sheriff, saying they had information that 33-year-old Arriaga was likely somewhere between the two counties, and was believed to be on his way to Mexico, where he's from.

"We had teams that were monitoring (residences in several different places) as information developed. Ultimately, authorities zeroed in on the home near LaMont," Youngblood said.

LaMont is a town in Kern County, about 200 miles from where Corporal Singh was killed.

Authorities had been watching the house in LaMont for at least 24 hours.

Early Friday morning, SWAT deputies geared up to serve a search warrant. They had just made a perimeter around the house when Arriaga, came out and surrendered.

Several other people were inside at the time, including children and three adults. All the adults were arrested for aiding and abetting Arriaga.

It's unclear where the children are now, but the sheriff's office said if there is not a caretaker available, they will go into protective custody.

"When you use a firearm against a police officer, you can run but you can't hide. This really proves the relationship that we have not only in this county, with my partners that are standing behind me, but throughout the state, that we're committed to providing public safety," said Sheriff Youngblood.

Youngblood said a variety of different agencies were involved in this effort to arrest an accused cop killer, including the FBI, HSI, ATF, Stanislaus County, and of course Newman Police.

A neighbor, Twila McCullar, saw the SWAT vehicles when she got up and later, noticed her back fence was broken.

Her property sits behind the home where Arriaga was arrested.

"The detective was back there and he come over and talked to me and told me what they had to do. Cause I asked him, I said, why did you have to go tear up my fence to get in here? And he said well, we didn't want him to escape out their back door," she said.

Another neighbor, Juanita Reyes, said, "You just saw the SWAT tanks knocking down fences and it was hectic, it was something out of a wild movie."