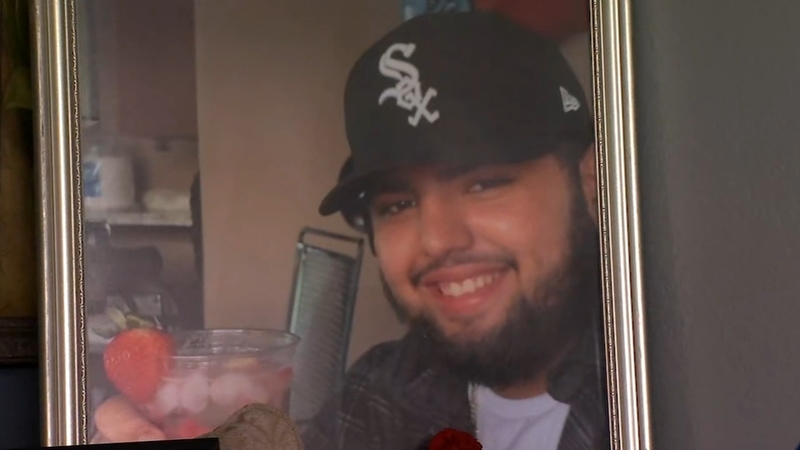 PARLIER, Calif. (KFSN) -- Authorities are offering $9,000 for information leading to the person who shot and killed a 16-year-old boy in Parlier.

The deadly shooting happened late on February 20 near Bulah and Trujillo.

According to the Fresno County Sheriff's Office, Ricardo Chavana was shot while he was in bed.

"They killed my son, but they also killed me," said Ricardo's mother, Maria.

Flowers and pictures are set up in the living room -- a memorial for the teen who had his whole life ahead of him.

Now he's gone after a senseless act of violence.

Authorities have identified the 16-year-old who was shot and killed in Parlier late Sunday night as Ricardo Chavana.

"Whoever it might have been, I could tell you I'm not going to say I hate you," said Maria. "I don't like what you did, but I can't hate you because I'm nobody to judge you."

The father said the suspect hopped a wall into their yard, walked to the back of the house and fired several shots into the bedroom where Ricardo was asleep.

Law enforcement spent Tuesday morning hanging fliers about the reward all around Parlier. Officials said that Valley Crimestoppers is offering $5,000 and the City of Parlier is offering $4,000.

"I know there's people out there that have information. They know who committed this crime," said Fresno County Asst. Sheriff John Zanoni. "Do the right thing."

The lead detective on the case is also hoping something comes out of surveillance videos around the neighborhood.

"We actually have collected several video clips, and we are in the process of looking through those right now," said Det. Aurelio Flores.

Parlier's police chief said he's dedicated to working with the sheriff's office and community to get justice for Ricardo.

"We feel this act of cowardliness is galvanizing the community and bringing solidarity that will help contribute to solving this senseless crime," said Chief Dave Cerda.

As the small community mourns Ricardo's death, law enforcement urges anyone with information to report it, hoping it brings some sense of peace to his family.

A motive for the shooting has not yet been released.

Anyone with information is asked to call the Parlier Police Department. You can also contact Crimestoppers anonymously at 559-498-7867.