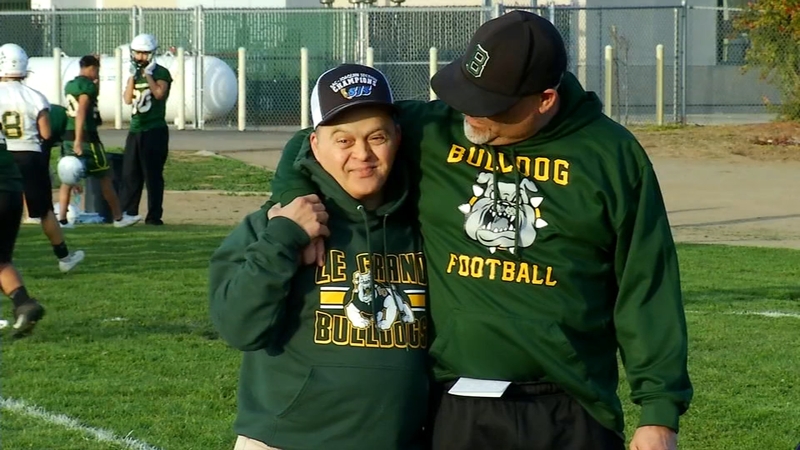 LE GRAND, Calif. (KFSN) -- Le Grand High football enjoyed one of its best seasons in program history this year but next to the players and coaches, one vital member of the team stood out from the rest.

Hugo Torrez is a shining example of what Le Grand High football stands for.

Hugo has Down Syndrome and while he's never registered a single minute of playing time for the Bulldogs, Coach Aaron Martinez says there's no denying his importance to the team.

For more than two decades, the staff at Le Grand has relied on Hugo to keep players hydrated during games and practice.

"Hugo is a local celebrity around here. All the kids know him, respect him, they love him, community members love this guy. He's a big part of our program," said Martinez.

"He's here before the players and he's one of the last ones to leave as well. He's part of every single team we've had here since he's been here with us," Le Grand High Principal Javier Martinez said.

"When dealing with Hugo, you're just looking at a gigantic heart and a very kind person, he just means well. I've had the pleasure of knowing Hugo for a very long time and he's got a huge heart, he's just a very caring person," Martinez said.

Watching him on the sidelines and with the team, it's clear Hugo is in his element and there's no place else he'd rather be.

"With the water, I help the guys drink water and keep them hydrated and get ready," Torrez said.