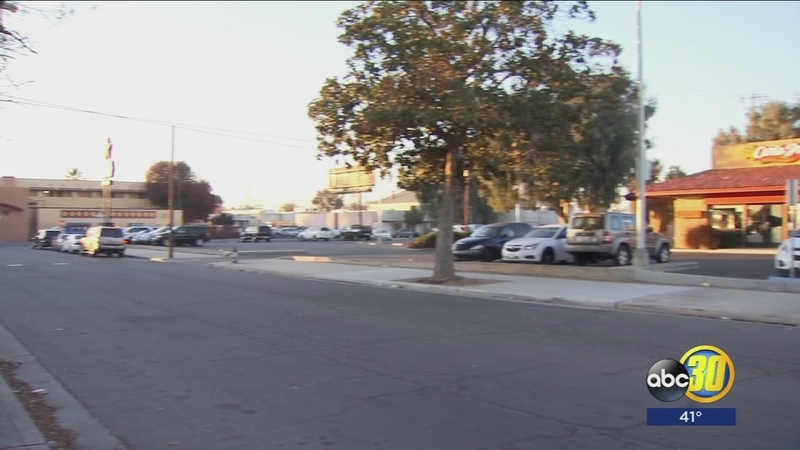 FRESNO, Calif. (KFSN) -- Fresno police have arrested 57-year old Arthur hayes for the killing that happened outside of a Carl's Jr restaurant on Abby and Illinois.
RELATED: Man stabbed and killed in Central Fresno

That man, according to Gloria Rodriguez, tried ordering a burger at her register moments before the horrific crime.

"He said he was going to be right back because he didn't have enough."

But Rodriguez says two minutes later he returned screaming and appeared to be in pain.

"He was like touching his stomach and he ran into the door and fell to the floor."

Rodriguez says he then got up and ran outside. She and another co-worker chased after him to help.

"He wanted to run to the hospital but we kept him and tried to hold him," Rodriguez said.

"I'm shocked because I just seen him, he's been around here for years... out here in these streets," the victim's friend Sweetness said.

Police have identified the victim as Sirvon Beasley of Fresno and they have arrested 57-year-old Arthur Hayes for the murder.