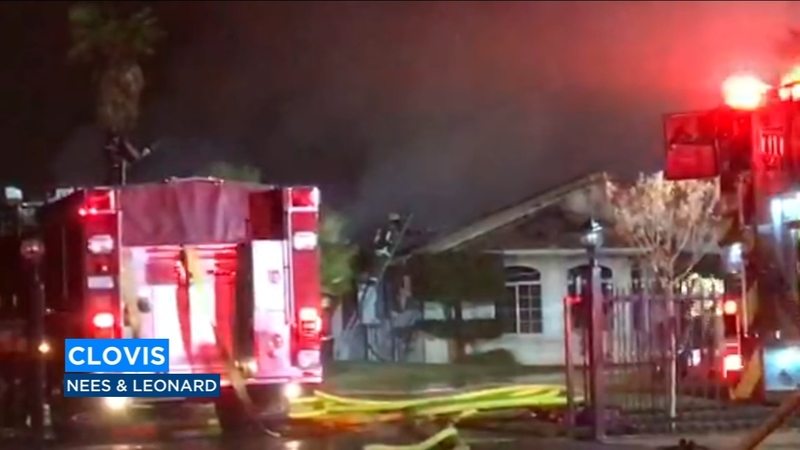 FRESNO, Calif. (KFSN) -- A million-dollar Clovis house has been reduced to rubble after a fire broke out inside early Sunday morning.

The three-alarm blaze broke out just before one inside the 6,300 square foot home, near Harlan Ranch.

More than two hours after they got there, flames and smoke still climbed out through the roof, and they also struggled to access the home.

"Had both exterior gates locked outside and locked doors on the front with security doors, so pretty well involved when the crews first got here," said Jeremiah Wittwer.

It took hours to get the fire under control.

A viewer contacted Action News on Twitter and said they were a resident of the home.

They say everyone was out of town, but there were a few dogs on the property.