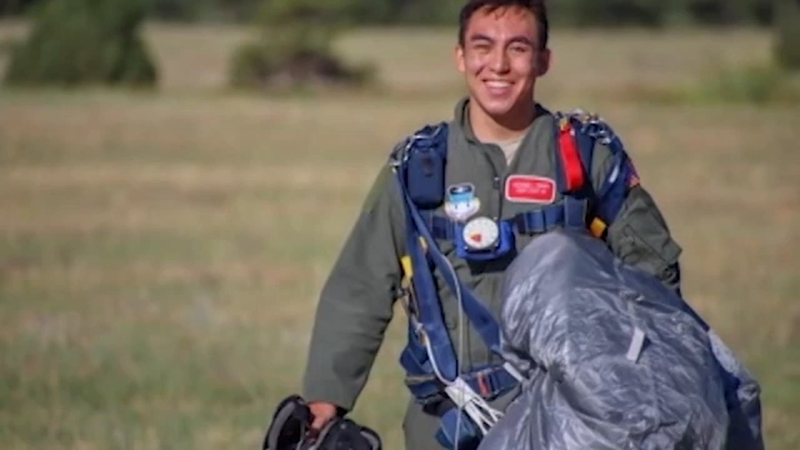 His family's research found he will be the first Hmong graduate from the intensive program.

When finding out his fate at the United States Air Force Academy, Nate found his childhood dream of becoming a pilot for the Air Force was coming true.

"Family served and mainly just inspired by my grandpa, his service in the Vietnam War and what the Hmong people have done. I just wanted to give back. I am probably the epitome of the American Dream," says Nate.

Nate's grandfather, Cher Kao, is originally from Laos and fought against communism during the Vietnam War.

After the war, Cher Kao brought his family to the United States

Cher Kao shares, "Everything that he has suffered in his journey getting here to the United States is now all worth it because of what Nate is accomplishing, and there isn't anything right now that could make him happier."

Nate's mother, Elizabeth Torres, says her family holds the military in the highest regard.

"That I raised a child who is willing to put their life on the line for an entire country, that to me, it makes me proud," says Elizabeth.

Nate was nominated to the Air Force Academy by then-Senator, now Vice President of the United States, Kamala Harris, after graduating from Clovis North High School in 2018.

Now, he is a Cadet first class in the academy.

Earning his degree, Nate is set to commission as an officer in the Air Force this year.

Nate hopes to inspire the next generation of young scholars to follow their own dreams, and know the sky's the limit.