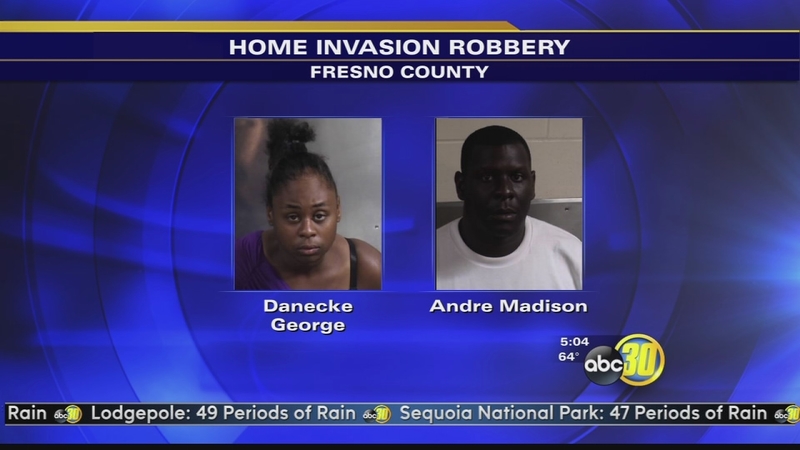 FRESNO, Calif. -- A pimp and a prostitute are in jail after authorities say they robbed a man inside his home in Fresno County.

Andre Madison, 38, and 30-year-old Danecke George face felony charges. Authorities say the victim hired George, picked her up, and took her to his home. They say the two had sex, but shortly after, Madison burst into the room and choked the victim. The pair then took off with the victim's wallet.

Investigators say the man put himself in danger by hiring a prostitute.

"That's the irony in this whole thing, he was worried that if he went to a motel room somebody was going to burst in and rob him, and he thought going to his home was safer. Well the same thing happened. So the message here is there is no safe route," said Tony Botti, Fresno County Sheriff's Office.