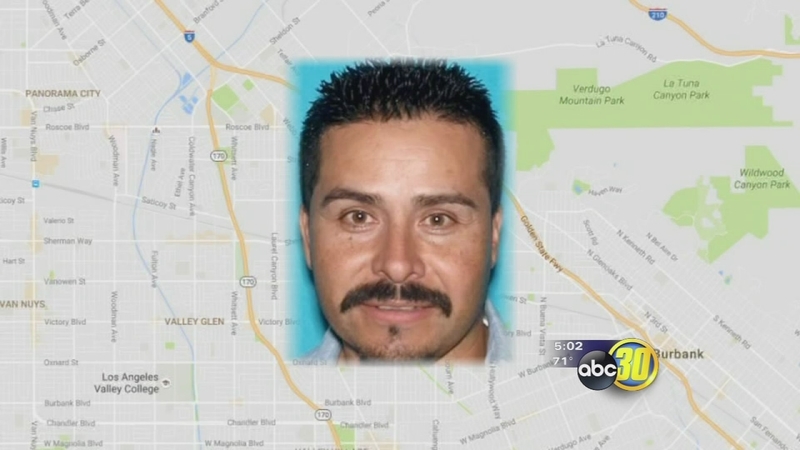 AVENAL, Calif. (KFSN) -- The search for a double homicide suspect has Avenal Police and Kings County District Attorney investigators searching for him in the Los Angeles area.

Avenal Police Chief Russell Stivers says he has three of his officers working on the case, as well as 10 investigators from the Kings County DA's Office, checking addresses and making contact with the suspect's family members.

Los Angeles Police are also assisting with the search.

"It's very disheartening that somebody from out of the area comes and kills two of our residents in such a cold-blooded manner, the way it happened, and then flees the area," Stivers said.

Early Monday morning, Avenal Police responded to a man down call at a duplex near 4th Avenue and Stanislaus Street. There, they found two people shot to death: Ignacio Contreras and his girlfriend, Maria Claudia Corales Cobral.

Police also located Maria's little boy, who was not injured, but police said he witnessed the attack.

"We (saw) the little boy, took him to the van, covered him up with sweaters," said a close friend of the victims.

The suspect is the boy's father, 43-year-old Francisco or Frank Contreras, who is still on the run. For that reason, the friends we spoke with (an Avenal man and his mother) didn't want to give their names.

They said the victims were also known as Mari and Nacho, and remember them as a happy, smiling couple who met each other at work, and were going to get married.

"My mom loved her like a daughter," the man said.

Their concern is now with the boy-- to make sure he is cared for. They say he considered Ignacio a father, before his biological father took everything away.