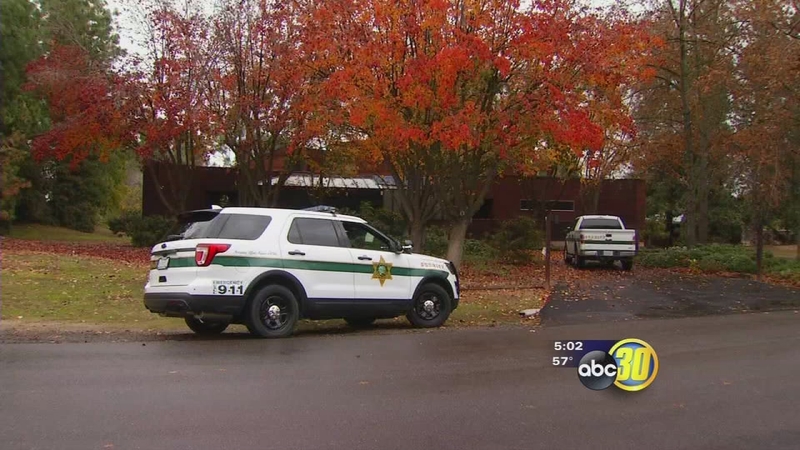 FRESNO, Calif. (KFSN) -- At a large corner house on a Fresno County island, deputies believe a burglar likely got into the two story home from an unlocked door.

"I do believe they have an alarm system, but she was already up for the day, she may have turned it off," said Sgt. Scott Moore, Fresno County Sheriff's Office.

The terrified victim, who wants to remain anonymous, was getting ready to leave when she discovered she was not in the house alone.

"She was just going about her normal daily routine and she left her bedroom and was coming downstairs and encountered this person," said Moore.

"I started panicking and pushing the alarm and calling 911," the victim said.

The victim is not sure how long the suspect was in the home, but she said it could not have been long.

We asked if the suspect said anything to the victim to which she answered,"No. No, they just ran. I don't know if it was one person or if it was two."

Based on their brief encounter she does not think he made off with much of anything.

"They just kind of did, I think, the typical. What they say women typically leave their jewelry in the lingerie drawer and those were pulled out," said Moore.

Deputies searched the neighborhood but the burglar was already gone. Investigators only got a brief description of him.

"The suspect was wearing a hoody that was cinched up covering their face and they believe to have fled southbound on Chestnut from here," said Moore.

Detectives are not sure if there is one suspect or two.