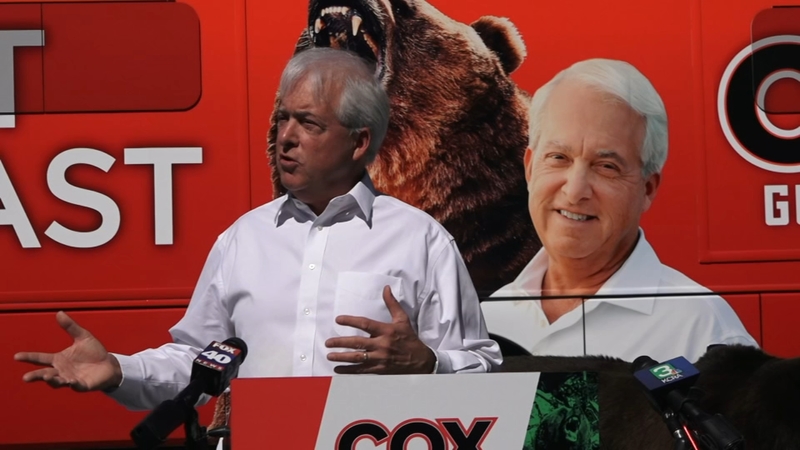 SAN FRANCISCO -- Beauty vs. the Beast -- that is how Republican John Cox is framing his campaign against California Governor Gavin Newsom.

The former gubernatorial candidate and San Diego businessman, who lost to Newsom in a landslide in 2018, is hoping for a do-over through the recall election. On Tuesday, he launched his biggest efforts yet: a $5 million ad buy that will air on television across the state, and a bus tour that kicked off with an appearance by a live bear.

Yes, you read that right. A 1,000-pound Kodiak bear named Tag joined Cox at a campaign stop in Sacramento. The stunt was meant to gain publicity, and make a point.

"It's a choice between the beauty and the beast," Cox said as the bear paced behind him.

Instead of calling Newsom by his name, in a Donald Trump-like strategy, he continually branded him "pretty boy."

Cox's comments echoed his new ad, which begins with Newsom looking at himself in a mirror as a voiceover says Californians will have a choice between voting for "pretty boy" Newsom or Cox, aka "the beast."

A spokesperson for Cox said the ad buy is only the first installment with more to follow.

Cox's second stop of his bus tour took him to Napa County and none other than The French Laundry, the restaurant where Newsom famously drew ire when he dined there last year.

Despite losing to Newsom in 2018, Cox told ABC7 News he thinks he has a chance this time around.

"The state of California is far different today than three years ago when I ran," Cox said.

Jenner unveiled her first campaignvideo on Tuesday, which alsoshowed photos of Newsom dining at The French Laundry.

'"California needs a disrupter, a compassionate disrupter," Jenner says in the video. "I came here with a dream 48 years ago to be the greatest athlete inthe world. Now I enter a different kind of race, arguably my most important one yet: To save California."

As Cox barnstorms the state, Newsom is also ramping up his own campaign efforts.

The Governor appeared at an event with the California Professional Firefighters union, who offered their endorsement and rebuke of the recall. Newsom called the recall a waste of time and money.

"Now is not the time to waste hundreds of millions of dollars on a recall effort that is nothing more than a partisan power grab," Newsom said. "This is, and forgive me, a Republican-backed recall."

Newsom dismissed Cox's notion that he was "beauty" over "brains" and touted the state's vaccination record and economy, which he said is "roaring back."

It's unclear if he meant to reference a bear -- but that was certainly the theme of the day. 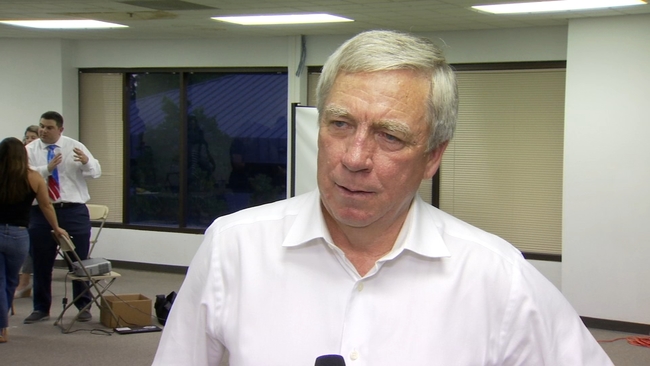