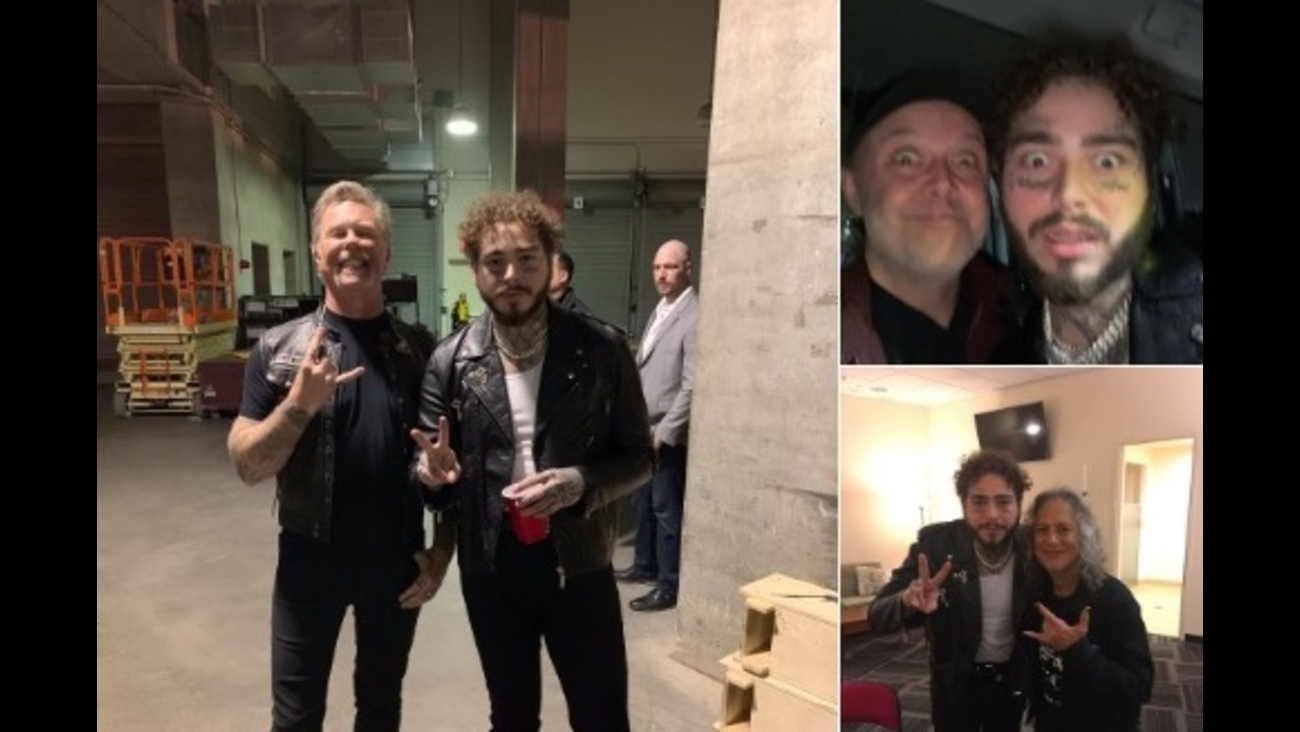 Rapper Post Malone tweeted out pictures of him with Metallica band members after their concert in Fresno last weekend. (Twitter/PostMalone)

At Metallica's performance at the Save Mart Center on Sunday night, among the throng of Central Valley fans rocking out to the heavy metal band was rapper Post Malone.

Apparently, the admiration was mutual. After the show, Metallica lead guitarist Kirk Hammett posted a photo of the two backstage with the caption, "They call him @PostMalone. Hope you enjoyed the show man #MetInFresno "

They call him @PostMalone. Hope you enjoyed the show man 🤘🏼 #MetInFresno pic.twitter.com/QQ3ylh9Ggy

Not long after that, Post Malone tweeted out the picture with Hammett, along with a selfie with an intense Lars Ulrich, Metallica's drummer, and a photo with a grinning James Hetfield, the lead vocalist.

According to reports, audience members at the Metallica show spotted singer-songwriter-rapper Post Malone and his distinctive tattoos and couldn't resist clicking pictures with him as well.