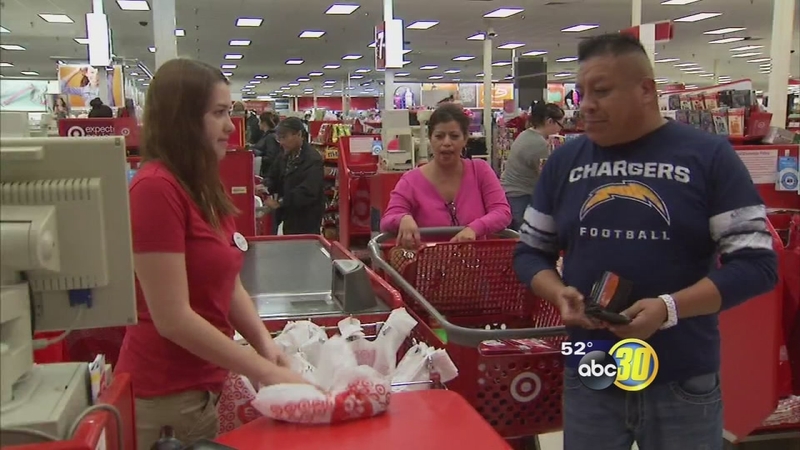 FRESNO, Calif. (KFSN) -- The Clovis Police Department has dealt with an increasing amount of theft at public places like the mall, but, for this season, officers are ready.

Authorities said they started their Shopper Safety patrol one week earlier than they have in at least a decade. It's not even Black Friday yet, but shoppers are ready for the holidays.
"They will ramp up patrols even more in Thanksgiving," said Clovis Target manager Krista Kracher. "I think this weekend really started the holiday rush. The week of Thanksgiving. People have been shopping a lot of food. Our turkeys are selling like crazy."

At a Target in Clovis the toys and electronics sections are where you will find customers, and it's where you will find thieves trying to take items unnoticed. "We have a really good working relationship with Clovis PD," Kracher said. "So, if we have any concerns we turn to them right away."

That relationship has developed over the years through their Shopper Safety program. Sgt. Vince Weibert with the Clovis Police Department hopes the boost will make the holiday shopping a little less stressful. "Officers will be conducting extra patrols in the parking lots safer and better place," Weibert said.

So, how do you say safe? Park under well lit areas, and don't leave anything in your car, police recommend. "That makes them a more viable target and just an easier target for the crooks to go after," Weibert added.