"It's hard to express the words the gratitude that I feel for everyone," she said.

Filled with family, friends and Christmas decorations her new beginning kicked off with a holiday celebration she never expected.

It was November 8th when Bobbi was forced to evacuate her Paradise home of 37 years.

The Camp Fire in Butte County killed 88 people and destroyed more than 12,000 homes - including hers.

"I didn't think I was going to live I was waiting for my car to catch on fire like so many others," Abrahms said.

Having just lost her mother two months prior, Abrahms knows it was her guardian angel that got her and her animals through this tragedy.

"This Christmas was going to be the hardest one of my life I lost my mom and then a few weeks later we lost our house so it's just been snowballing," she said.

By what she can only describe as a miracle, a home just 5 minutes away from her cousin Debby in Fresno went back on the market.

"We try to make that transition just really special and exciting so the first thing we did was start brainstorming," said Ashleigh Wagner with Guarantee Real Estate.

In just a matter of 10 days, Wagner, fellow agents and local businesses stepped up to give Bobbi the fresh start she needed.

Even a fully decorated Christmas tree-- so she can start new traditions.

"I feel the same way Bobbi does i don't know how to describe the feeling that you get when people are willing to step up like that for someone else," said Wagner.
Report a correction or typo
Related topics:
societyfresnoevacuationcamp firevictimshomecommunityreal estate
Copyright © 2020 KFSN-TV. All Rights Reserved.
CAMP FIRE 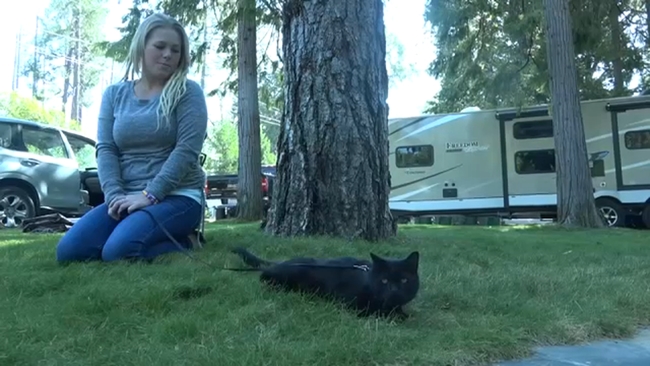