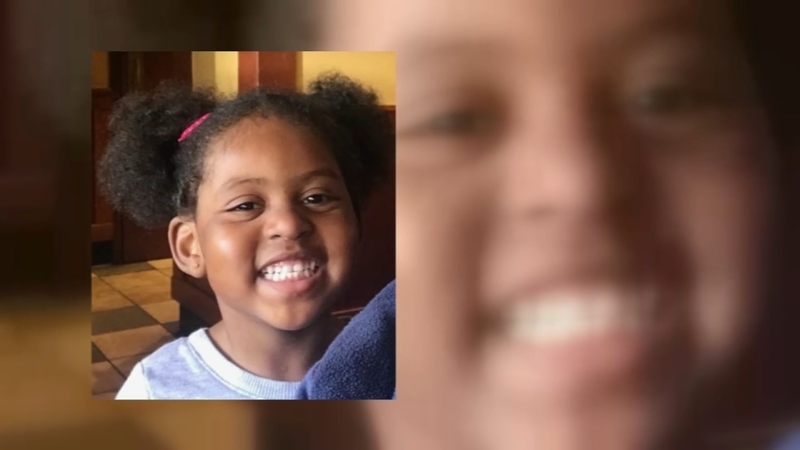 Documents from the Merced Police Department's investigation, obtained by Action News, contain statements from the mother Samantha Johnson to detectives.

The statements reveal Sophia's treatment prior to her death.

"We found evidence to indicate a small child was living in the shed," says Merced Police Sgt. Kalvin Haygood.

Sophia and her mother were living with Jackson at the time.

In the statements made to Merced Police, the mother said she removed her daughter from the shed in early February and she was covered in feces.

The mother says around that time, Dhante Jackson was in the bathroom with her daughter and that's when she heard a loud thud.

Sophia's body was found in the bathroom.

Right now, authorities do not know how long her remains had been there.

"It really is just sickening to hear about this," Haygood said. "To see it first-hand, it's not something I would ever expect to see in my lifetime or my career. I've been doing this 17 years and I've never seen anything like it."

Dhante Jackson is a suspect in Sophia's death, along with the young girl's mother.

Katie Gates is the deputy district attorney assigned to prosecute this case. She believes there's sufficient evidence to convict the suspects.

"Our goal is to bring him to justice and the allegations here are very disturbing and very serious," she said.

We spoke to multiple neighbors on Barclay Way.

They all wanted to remain anonymous, but they all say they did not see the couple often.

"I'm here at home all day -- I didn't hear anything, and that's what's kind of mind-blowing," one neighbor said. "That it's such a quiet neighborhood and the little girl wouldn't scream for help or ask for any assistance."

She says little Sophia would stop by her house and say hello.

"Very sweet, but I don't know if she was trying to tell me something," she said. "We should be a little bit more cautious with our surroundings and who live next door to us."

This case remains under investigation but Authorities are asking for the public's help in finding the suspect.

If you have any information about the case, please contact Merced police.