KFSN
By Corin Hoggard
FRESNO, Calif. (KFSN) -- The father of a man who was stabbed to death in Tarpey Village earlier this year described his son's final moments, in an emotional testimony in court on Tuesday.

Anthony Romero's father said he was on the phone and heard the entire encounter when his son was killed.

"The last words I ever heard out of my son's mouth was, 'Why'd you do me like that, Eric?'" said Romero's father, who cannot be identified by name because of a judge's order.

Eric Kenneth Smith, who had pleaded not guilty to the murder, says he killed Romero in self-defense.
A woman caught between the two men was in the room where the killing happened. But the violence happened so quickly, nobody's exactly sure what they saw or heard.

On the day when he was killed in May this year, Romero had walked into the Tarpey Village house of the woman, his girlfriend, just a couple of days after she tried to break up with him.

His attention then went right to her friend, Eric Smith, who was already inside the house.

The woman, who also cannot be named, said on Tuesday she wasn't sure what happened but she thought Romero pushed Smith, and the next thing she knew, Romero was backing up against a wall.

"He fell on the floor," the woman said.

"And when he fell to the floor, what was Eric doing?" asked prosecutor Elana Smith.

"Where was your attention focused?" Smith asked.

"On my boyfriend," said the victim's girlfriend.

"And what did you do then?" asked Smith.

Romero's father says he had just dropped off his son at the house and he heard the whole confrontation on an open phone line.

He rushed back when he heard the girlfriend calling 911 and telling them to get an ambulance there in a hurry.

"So I went in the house and he was already laying on the floor in the corner where the kitchen's at just blood all over," he said. "It looked like someone just got a five-gallon jug of blood and just threw it all over the floor."

Police had arrested Romero for domestic violence against the woman a couple of months earlier, but prosecutors dropped the case.

She told detectives investigating Romero's death that any issues with violence were between her and Romero, but in her testimony Tuesday she admitted taking her kids to her mother's house after an argument two days before Romero's death.

"You knew by staying at your mom's house you wouldn't have to put up with Anthony, isn't that correct?" asked defense attorney Tony Capozzi.

"No?" asked Capozzi. "He never came by your mom's house?"

"Yeah, because he respected my mom's house," she said.

A judge ruled there was enough evidence for a murder trial against Smith.
Report a correction or typo
Related topics:
fresnomurdercourt casedomestic violencestabbing
Copyright © 2021 KFSN-TV. All Rights Reserved.
MURDER 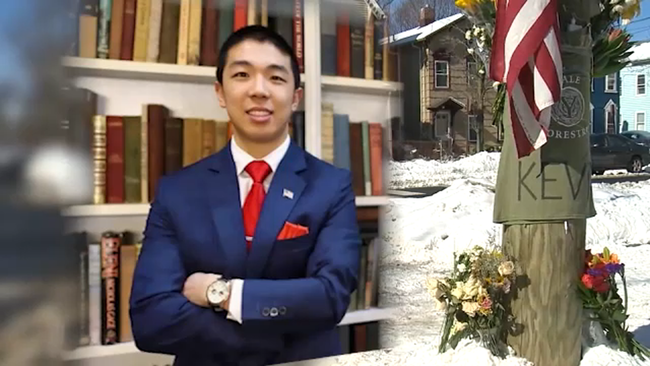