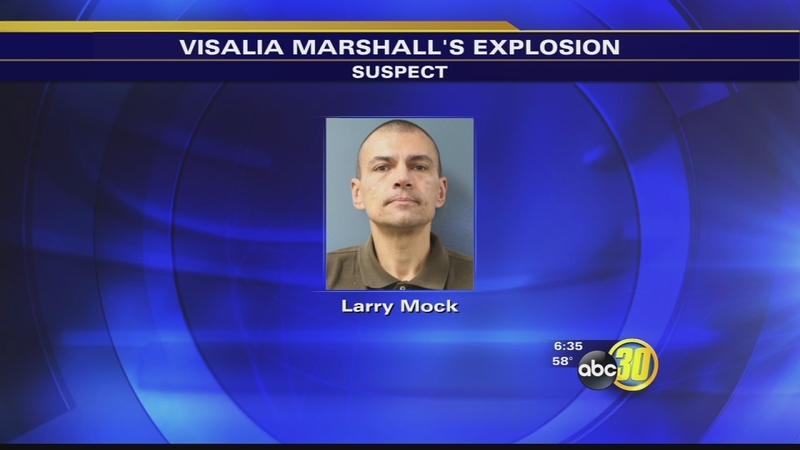 FRESNO, Calif. (KFSN) -- Police in Visalia have arrested a man accused of setting off a bomb inside a Marshalls department store.

Investigators released surveillance video from inside the store recorded on Wednesday. The video shows smoke rising above the aisles of the store after a homemade explosive device goes off. No one was injured in the blast.

Visalia police say the explosion was a distraction. They believe Larry Mock, 40, sneaked out of the store with stolen merchandise shortly after the explosion. Mock was arrested on Thursday at a hotel in Tulare.