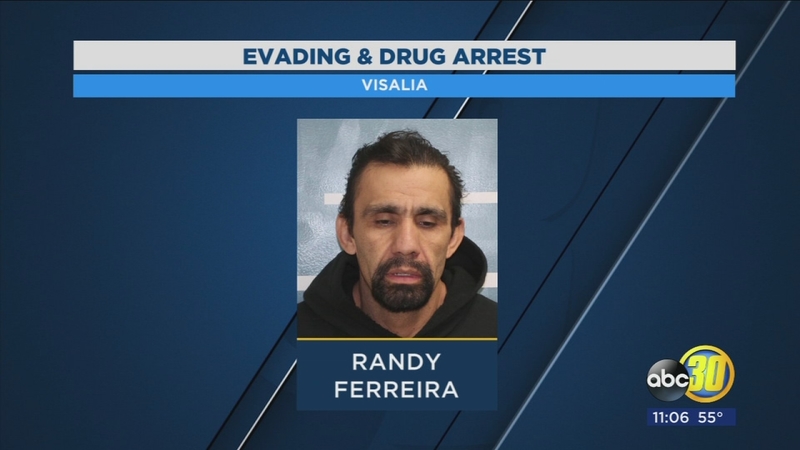 VISALIA, Calif. (KFSN) -- A man is in custody after he tried to escape police in a Visalia neighborhood.

Officers said at about 1:30 Tuesday morning they followed 43-year-old Randy Ferreira's car near Grove and West. Police stopped him but he failed to yield and drove off from the area.

After a short chase, Ferreira voluntarily stopped driving and gave up.