KFSN
FRESNO COUNTY, Calif. (KFSN) -- Our above-average rainfall is a concern for several water agencies in the Central Valley.

While the high rainfall totals are a good thing, there is the task of how to manage and store all that water.

The California Water Institute at Fresno State does just that.

They say a valuable lesson was learned during the wet year of 2017.

"A lot more of the agricultural entities in particular and even some cities are using a lot of their facilities for recharge this year to get much of that water into the ground," said Sarge Green, Water Management Specialist.

He added that rainfall events at lower elevations fill reservoirs much faster and snowmelt later in the season must be planned for.

That usually happens in April but could happen as late as July.

"At the same time it is starting to run off, agriculture really needs the water because the soils have emptied out and we are irrigating more crops," said Green.

Fresno picked up over 3 inches of rain in February. While that total was above average, it was still an inch below records.
As of early Wednesday, Fresno has over 8.5 inches of rain for the water year, nearly 108% of normal.

The Fresno Metropolitan Flood Control District is ready to handle additional rainfall as we get closer to spring.

The Flood Control District has over 150 flood basins in the Fresno/Clovis area. Each range from four to 50 acres.

"We hold on to as much of that water as we can. When we pump it, we pump it to the Fresno Irrigation District. And then they take that water out of the community and put it into other basins and ponds they have," said Alan Hofmann, Fresno Metropolitan Flood Control District.

Last Friday, the Fresno Irrigation District started water deliveries in the Fresno/Clovis area and The Bureau of Reclamation began releasing some water from Friant Dam last month to clients along the Madera Canal and Friant-Kern Canal.
Report a correction or typo
Related topics:
weatherstormrain
Copyright © 2020 KFSN-TV. All Rights Reserved.
STORM 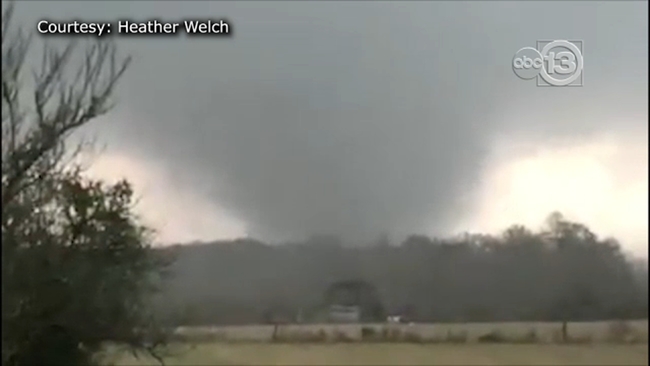