But this Memorial Day, a concerning local trend had the radar gun taking a back seat to the watchful eyes of officers peering into passing cars looking for unfastened seat belts.

"When we look at the numbers half of the people killed in fatal collisions," said CHP officer Axel Reyes. "Half of them were not wearing their seatbelts at the time."

For years, CHP officials say about 95 percent of drivers and passengers in the Central Valley were buckling up, but the number is declining. So officers are hammering home the message through citations.

But the tickets weren't the only thing keeping officers busy. Wet roads posed another unusual challenge this time of year. Flooding along State Route 99 through Selma caused major problems for drivers once the storm system hit Sunday.

"Not just on the freeways but also the county areas," Reyes said. "And we do see collisions from that where people hydroplane and the next thing you know they are overturning."

From Friday at 6 p.m. until Monday at midnight, officers also searched for drunk drivers. The statistics both statewide and locally were slightly up. 973 people were arrested throughout California over the weekend.

Of those, 172 people were arrested from Fort Tejon to Modesto.

Three fatal crashes were reported over the weekend in the Central Valley. Seven people were killed including four people from Southern California in a crash off State Route 152 west of Los Banos Sunday night.

Officers say the car crashed into a tree for unknown reasons. A Madera man was also killed Monday in a crash off on Highway 152 near Chowchilla.
Report a correction or typo
Related topics:
duiarrestchpcalifornia highway patroldui crashcalifornia
Copyright © 2020 KFSN-TV. All Rights Reserved.
DUI 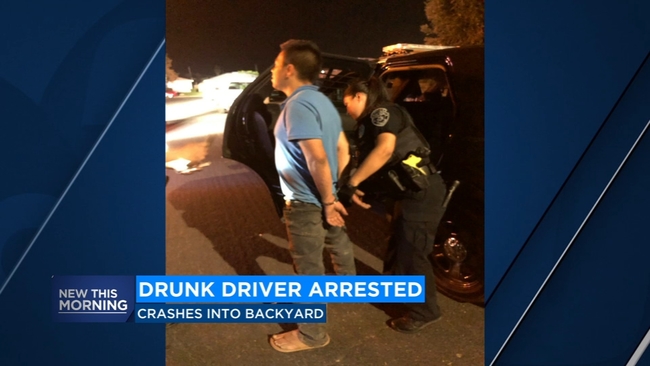