Changes could be coming to Clovis Unified's dress code next year 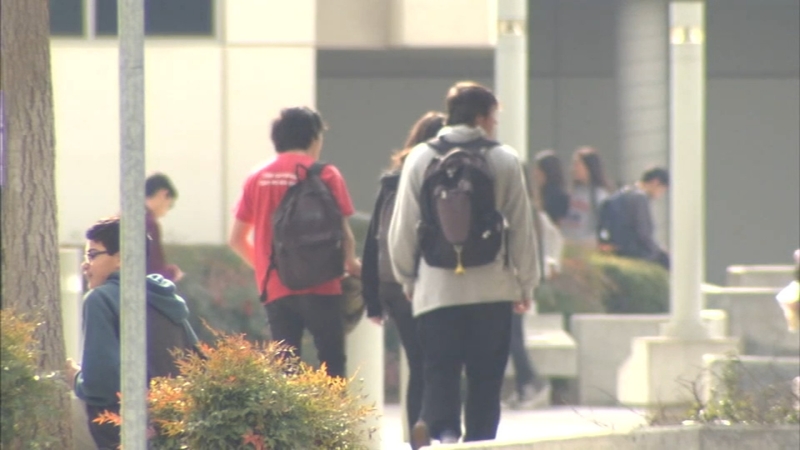 Changes could be coming to Clovis Unified's dress code next year

CLOVIS, Calif. (KFSN) -- Many Clovis Unified students believe the district needs to get with the times when it comes to fashion.

"It was really hard to find shorts in dress code and then jeans with rips and leggings like that," says Clovis East student Sasha Lopez. "It feels like it's targeted more towards females."

A dress code change, if approved, would allow girls to wear leggings and Sasha's mother approves.

"They love leggings," says Esmeralda Arreola. "Who doesn't? They're so comfortable and that's one of the things they can't wear."

"I could imagine leggings would be worn every day by so many more girls in class," Sasha said.

Ripped jeans would still not be up to code though because of the hole.

Frayed jeans would be okay if no skin or undergarments are exposed.

"I don't see any problem with it and I don't know how they find it distracting in any way," says Buchanan High senior Riley Bessey. "Like, no one cares. It's more for just fashion."

68% of Clovis Unified parents surveyed said it was time to relax the dress code.

"I understand the basics of it all but I think it's time for a revamp," Arreola said.

The district could also allow beards for boys.

"The policy dating back, again, for a number of years, has not allowed beards or other facial hair and that's become an increasing area where families are asking us to take a look at that," says Kelly Avants with Clovis Unified.

The district also recommends camouflage clothing be approved along with athletic shorts with no pockets.

The dress code changes will be introduced on December 10th to the Clovis Unified school board.

They'll be voted on January 12th.