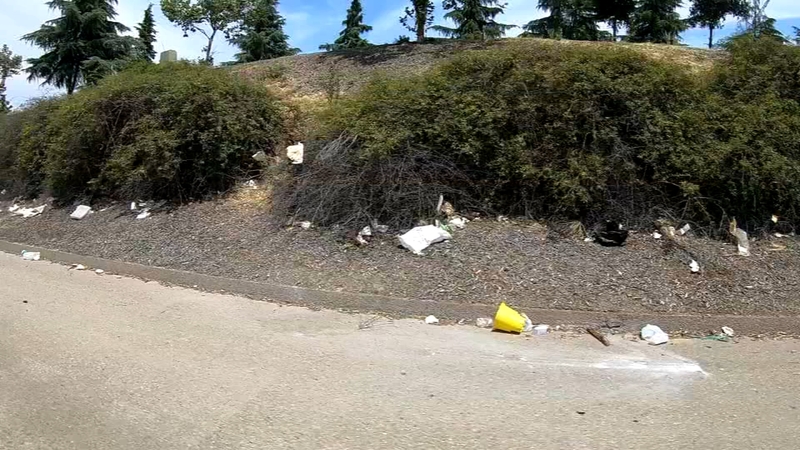 FRESNO, Calif. (KFSN) -- Driving on Fresno's highways, it's hard to miss the debris scattered throughout the landscape.

Whether it's a homeless encampment or items that should've been thrown in the trash, the city is working with Caltrans and the county to make litter on the freeway a thing of the past.

"We can all work together and improve this situation. That's a big step to get everyone at the table," said councilmember Paul Caprioglio.

Fresno's fire department has already responded to more than 90 vegetation fires along highways 41, 99, 168 and 180 this year.

Meanwhile, the police department's homeless task force has spent the last year clearing more than 4,000 encampments within city limits -- including those highways.

Caprioglio says identifying the problem is the easy part, but finding the solution is proving difficult. He says they're off to a great start working with the County and Caltrans.

RELATED: Construction project will close part of Hwy 41 in Fresno for next 8 weekends

"That really shows Sacramento that we're trying to work together," said Deputy District Director John Liu. "They are more likely to fund something when you have partnerships at the ground level."

Thanks to a pilot program funded by the city, Caltrans and Measure C, a two-year contract will spend $400,000 per year to have all four freeways on a 30-day cleanup cycle.

"There's been a lot of great new freeways a lot of landscaping which now cal trans crews have to maintain but we haven't been able to add people or resources to help maintain," Liu added.

Currently, Caltrans has one landscaper per 50 acres, and they're hoping to add to the workforce.