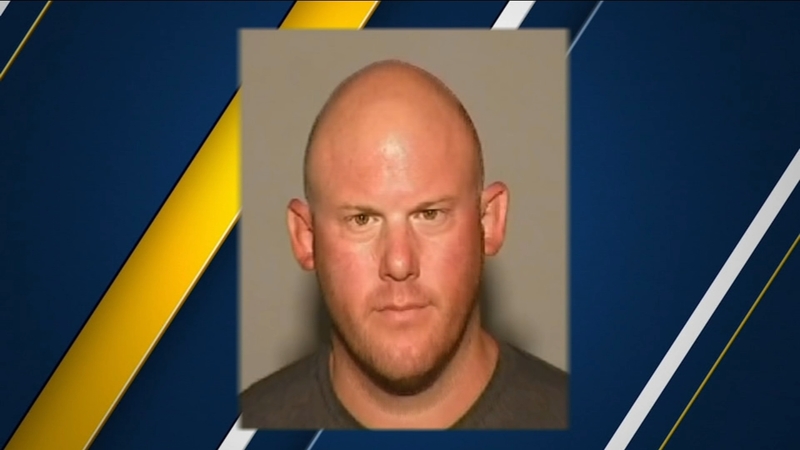 FRESNO, Calif. (KFSN) -- There are dozens of new accusations against a Fresno police officer arrested on charges of brutally beating his fiancée earlier this year.

He's now facing 43 because of what he allegedly did on burner phones.

The extensive bruising in police photos gives a sense of the violence investigators say a woman suffered at the hands of Brian Heck.

She said she thought he was going to kill her as he punched her in the face, knocked her to the ground, then kicked and stomped her.

The bruises and a busted lip showed up in photos. Her fractured nose and ribs and a concussion also contributed to the restraining order served on Heck hours later.

But prosecutors say he went less than 13 hours before he violated it, and he went on to violate it at least 40 times.

"But when you see the activity now of constantly calling her, violating a court order not to do that and then trying to dissuade her from testifying, that looks pretty bad," he said.

Attorney Jeff Hammerschmidt reminded us of Heck's distinguished career as a police officer. He earned department honors just a year before his arrest.

And Hammerschmidt points out there's no evidence of Heck committing any restraining order violations for almost five months now.

"Was that because the police or the DA's office have notified him that they have evidence of him doing this?" Capozzi said. "And that he saw the light and he knew he better stop? Well, that helps him, but again it hurts in some respect because he got caught."

Prosecutors say Heck tried to avoid detection - first by calling the victim from a hotel room and then buying untraceable prepaid phones for them to use to communicate.

And they say he used textbook examples of domestic violence power and control over the victim -- giving her guilt trips about the consequences to him and manipulating her into not cooperating.

They argue the violations are even worse because Heck is a police officer.

"Defendant, of all people, knows better", wrote prosecutor Tim Galstan in a motion for to increase Heck's bail.

But as Heck has repeatedly reminded the victim, a conviction in this case could end his career.