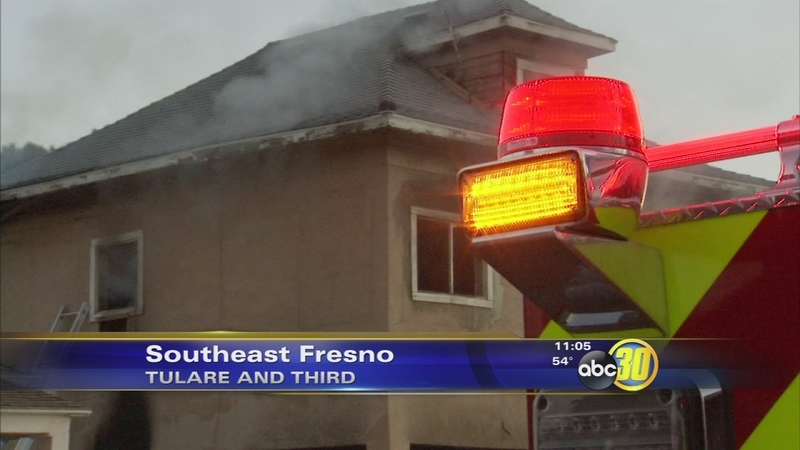 Authorities say they saw the man running from the complex near Tulare and Third Avenues as they arrived. They say the complex is boarded up and vacant, but it wasn't the first time fire crews have been called to this dangerous location.

"They reported holes on the floors and in the roof, and what that means is that firefighters risks gets increased exponentially," Fresno Fire Battalion Chief Tony Escobedo said. "We have fire that will develop a lot quicker because of the holes, not to mention the fall factor where a firefighter can get injured falling through one of the holes."

Fire officials say evidence inside the building indicates someone altered the electrical panel, and Pacific Gas and Electric Company technicians are now removing utilities from the building.

The department is also investigating a fire at an abandoned building near Maple and Montecito Avenues that sparked last night. Firefighters say there were reports someone was inside but say the building was empty. They're now trying to determine what started the fire.