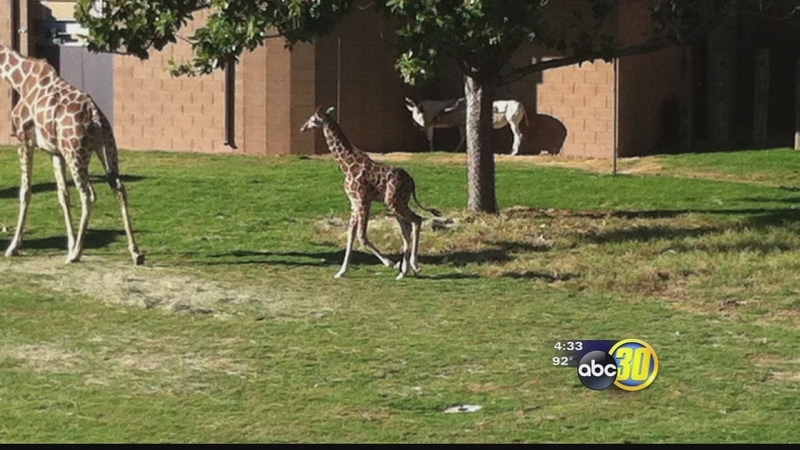 Officials with Fresno's Chaffee Zoo said they're taking a closer look at policies after a baby giraffe passed away inside a new exhibit.

Zoo staff say the giraffe died after running into a fence during a special preview event for the new "African Adventure" exhibit.

Two veterinarians rushed to the scene, but it was too late.

The giraffe was born in the enclosure and officials say should have been familiar with the environment.

"It's really, we've had the exact same-type situation in their exhibit for a decade, in their old exhibit, and so for this to become an issue was really a surprise, but it is one we are dealing with," said Scott Barton, Fresno Chaffee Zoo.

A zoo spokeswoman says a necropsy will be performed to determine the exact cause of death.

Baby giraffe born at the Chaffee Zoo on September 9th has died
Staff members tell us his death is the result of a tragic accident late Sunday afternoon. It happened during a special preview event for the new African Adventure exhibit that will open on Thursday.