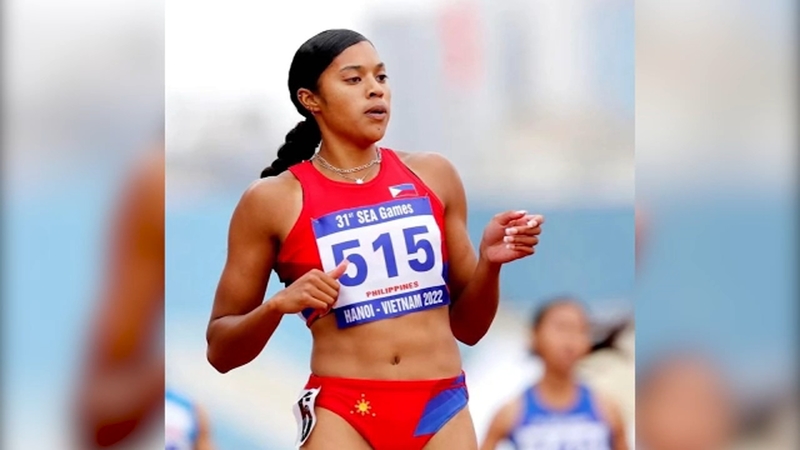 "I would like race the boys at school, I would beat them all, I went home and told my parents, 'Hey, I beat all the guys.'"

But she hasn't always loved running.

"To be completely honest, I've had like a love/hate relationship with track and field," she said.

At times, her own fear got in the way.

But that wouldn't stop her from taking her talents to the next level.

Kyla would join USC's track and field team, focusing on the 100 and 200 meters.

But the hate part of the relationship would creep back in.

"Still suffered through injury all throughout my time there," she said. "I only competed in one meet."

Her fate would change when she met her current coach, and former Fresno State Bulldog, Robert Foster, at Fresno Pacific.

The two-time Jamaican Olympian and national champion hurdler knows the pressures of competing at a high level and began to understand Kyla's personality was not the type to crave attention.

"It is a quiet confidence, definitely," he said.

Foster says her teammates have brought out the best in Kyla.

That Sunbird community -- helping her become the number 1 sprinter in both the 100 and 200 meter in all of Division II.

"They have pushed me so far out of my comfort zone, it's not even funny," Richarson said. "I would not have been able to get through this season without them at all."

A comfort zone that was pushed even further.

Last month, Richardson flew to Vietnam for the Southeast Asian Games, where she earned a silver medal in the 200 meters.

For her coach - the goal is simple.

"To win, it's that simple," Foster said. "To win. We lineup to win. We don't lineup to take second to anyone."