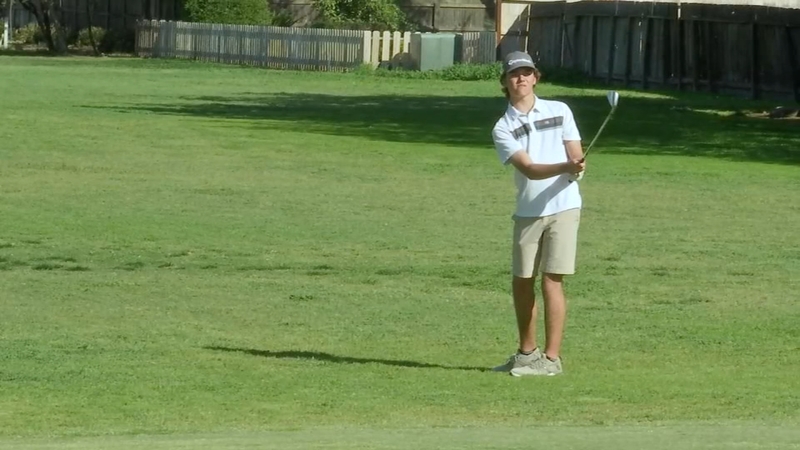 But for one South Valley golfer from Exeter High, those odds seem to have gone out the window.

17-year-old Jhett Kirk pulled off what many would consider impossible.

Some people may go their entire life without hitting a hole in one, but Kirk did it twice in just a matter of weeks.

That beautiful shot did go in.

Kirk's first stroke of luck came on the 8th hole at the Exeter Golf Course during match play.

"It bounced back, and next thing I know it went in," Kirk said. "I just went holy moly. I couldn't believe it."

And Kirk wasn't finished there.

His match play magic continued at River Island Country Club in Porterville. Less than a month later -- in another high school match -- it happened again.

"I go, put it up in my stance a little bit more and just hit it," Kirk said. "And again it was like, 'Wow, this is a great shot." and this one landed, kept rolling and went right in."

If you ask his Coach, Cory Reeder, it couldn't happen to a better kid and teammate.

"First, you got to understand Jhett," Reeder said. "Jhett is just the kindest soul that's out there."

Reeder says that energy has become infectious to the rest of the team.

"We can definitely see a culture of positivity," Reeder said. "So I'm not excited about just those events happening, but how it's going to create the future of the Exeter golf program. It's pretty huge."

For Kirk, his approach remains the same, but he now finds himself bouncing back better than before.

"If you're having a bad day, that doesn't mean for the rest of the day it's going to be terrible," Kirk said. "Make sure the bad shot is gone, go up, and just hit like nothing ever happened."

Kirk is luckier than most, but he's also finding peace in the ups and downs of the game he loves.