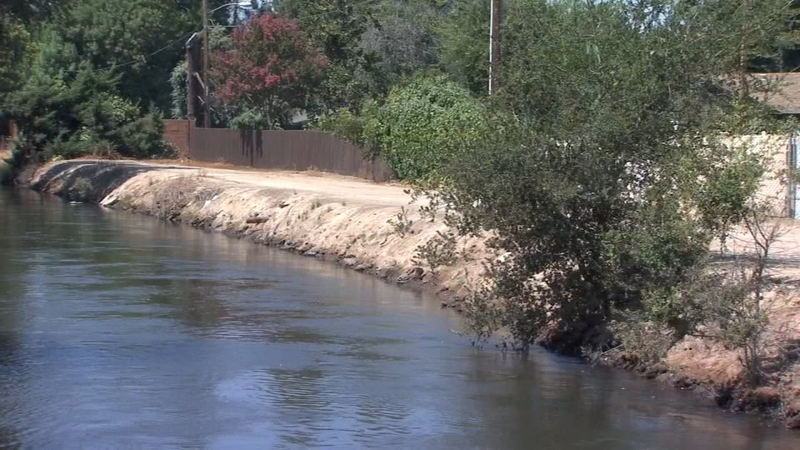 Neighbors jump into action to save man who fell into canal

FRESNO, Calif. (KFSN) -- Residents taking a morning walk along a Southeast Fresno canal Friday literally jumped into action to save a 73-year-old man who fell into the water.

"We saw the dog barking and then I saw a hat floating in the water," said Kate Kellenberger. "The next thing I saw was a man floating face down in the water."

It's not known if the 73-year-old man had a medical issue or if he slipped and fell into the canal.

"Our hearts came out of our chest to see him because we had just seen him five minutes before," said Helene Blue.

These women knew they had to help until emergency crews arrived.

In another lucky break, Helene had her phone on her, normally she says she doesn't bring when walking.

"Helene dialed 911 and I climbed in," said Kate. "Luckily I was able to grab his shirt."

Nearby was Christopher Partida, he is in Fresno on vacation from Guadalajara. He was jogging with his aunt when he heard Helene and Kate scream for help.

"We held onto him so the current wouldn't take him away until the firefighters arrived."

In the moment, that's all that really mattered.

Tony Botti with the Fresno County Sheriff's Office said, "I think just their instincts of being good people kicked in and they were going to do whatever they could to try to help this man."

Four ordinary people, who going to extraordinary lengths to try to save a man in need.