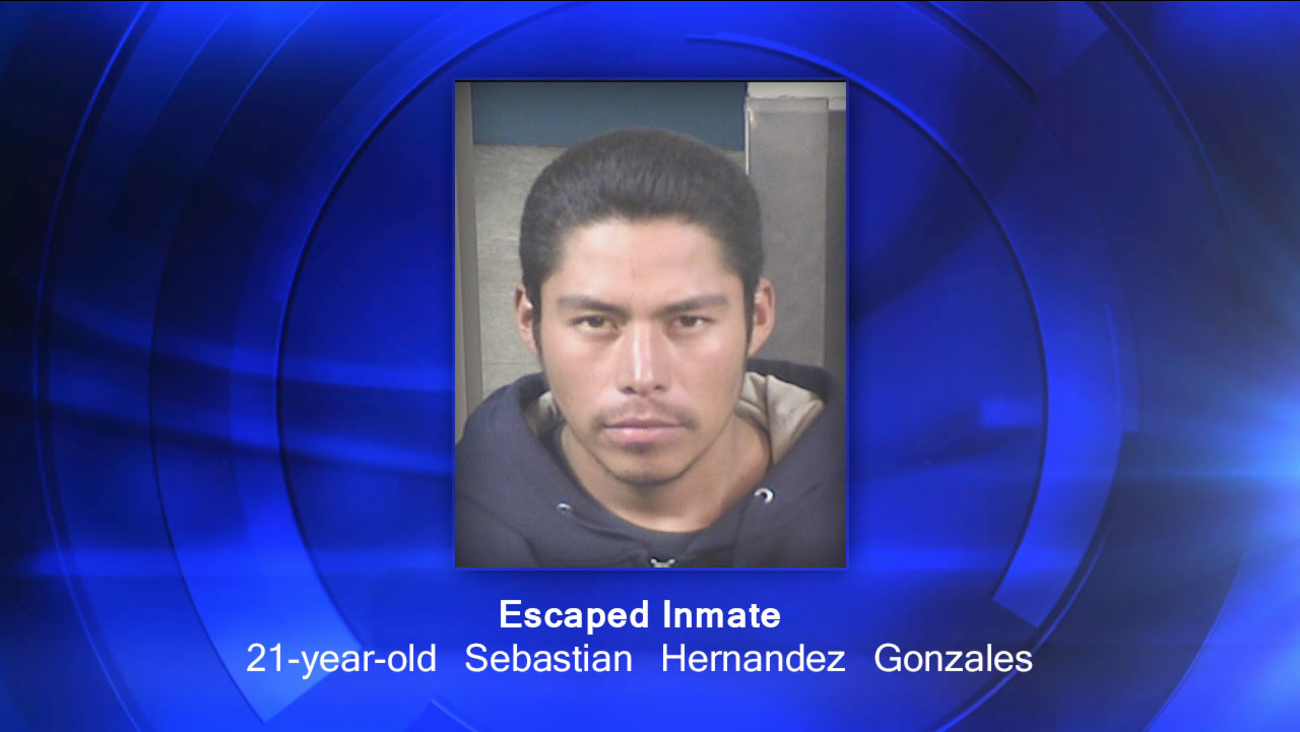 Tuesday afternoon, 21-year-old Sebastian Hernandez Gonzales was re-booked into the Fresno County Jail. Earlier in the day, a farmer who owns land near the intersection of Academy and California in Sanger called police to report people on his property. Sanger Police officers responded and contacted a group of people who were apparently setting up a homeless encampment. An officer noticed one of the men who exited a tent matched the description of Gonzales. The officer positively identified him, arrested him and turned him over to Fresno County Sheriff's detectives. Gonzales has not given detectives a clear explaination as to why he fled the jail.

It was at 5:15 am Monday, a staff member of the Fresno County Jail noticed sentenced inmate, Sebastian Hernandez Gonzales, was missing. He had been in custody since December 17th, 2014 for a vehicle theft charge.

Gonzales was assigned as an inmate worker with outside clearance on the Utility Worker Crew. Shortly after 4:30 Monday morning, he was called out of his housing unit to clean the Main Jail lobby and the immediate area outside of the lobby. At 5:15 am, a jail staff member reported to the Sergeant on duty that Gonzales was nowhere to be found. Patrol deputies were immediately notified and began to actively search the streets for him.

Gonzales has been an inmate worker assigned to this detail since February 3rd, 2015. He was scheduled to be released on June 17th, 2015.

It is common for non-violent inmates who have short sentences to be assigned to work crews. They are typically considered low flight risks because their release date is coming soon and they know they face strict punishment if caught trying to flee.

Now that Gonzales has been apprehended, he was booked on a felony of escaping custody and will be subject to a longer jail sentence.

Authorities said Gonzales was serving a short sentence for vehicle theft and was due to be released in June. They said because of his short sentence, he was considered a low flight risk, and was thus giving the job of cleaning the main lobby of the jail building -- a chore he has done since early February.

Gonzales is 5'6" tall, 150 lbs. with black hair and brown eyes. He has a thin mustache and three-inch scar on his forehead. Gonzales' last known address is on L Street in Sanger.

The sheriff's office said if caught, Gonzales will be serving a lot more time, and will be locked down full time.