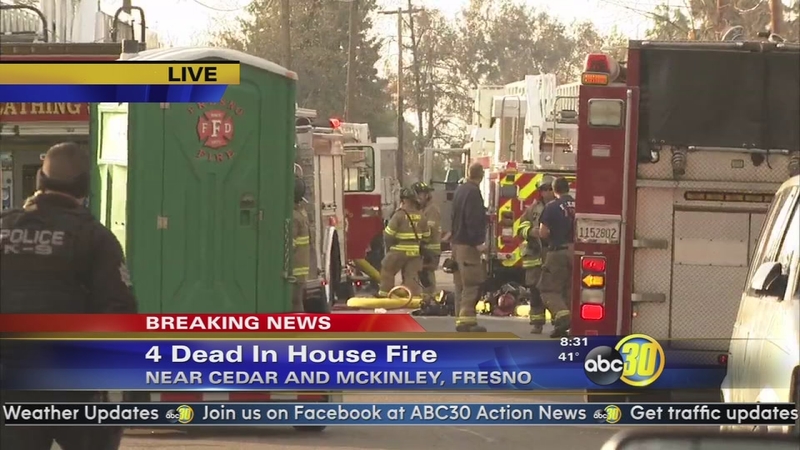 FRESNO, Calif. -- Five people are dead after a fire broke out at a home near near Cedar and McKinley around 7 a.m. Sunday.

Crime scene tape down now except for around the house. Five people died in a fire this AM. FFD still here. @ABC30 pic.twitter.com/VLZLJAnZqd

Fire investigators say they are still examining the exterior of the house and haven't even made their way inside yet. Which means we likely won't know the cause of the fire for some time.

Fire crews did manage to rescue two people, who were transported to the hospital for treatment. One of those people died from their injuries, the other person in is critical condition.

The Fresno County Sheriff's Office identified three of the victims:

Twenty-eight-year-old Monique Amaral and 36-year-old Irene Hinojos both died at the scene. While Anthony Zavala, 37, was transported to Community Regional Medical Center, however he died of his injuries.