Summerset Village Apartments still without heat, owner said he is doing the best he can to fix gas line 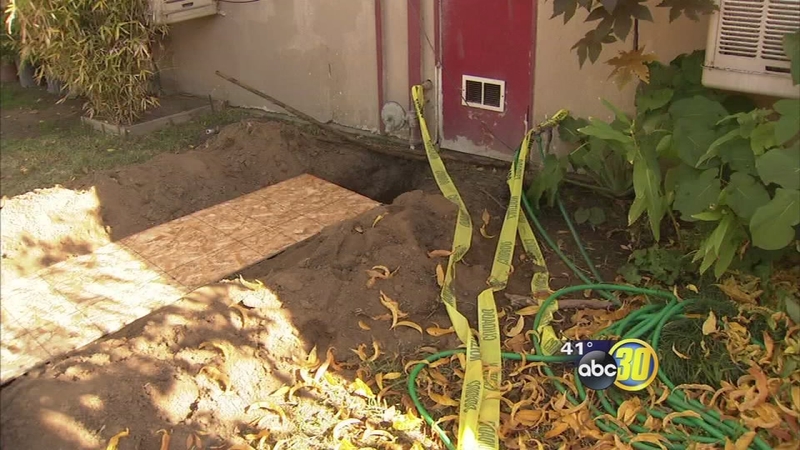 Summerset Village Apartments still without heat, owner said to be working on the problem

FRESNO, Calif. (KFSN) -- As temperatures dip, concern is rising for hundreds of people without heat in Central Fresno. The gas at Summerset Village Apartments has been off for at least two weeks and it'll likely be off for several weeks to come.

For a woman living without heat, her space heater is everything. "I've just been sucking it up and taking cold showers. And jumping out and running in front of the heater," said a resident who doesn't want to be identified.

She said the gas line shutoff is one of many problems she's dealt with living in this apartment. "We had a really bad ant and cockroach problem. It was really bad. But I didn't realize the severity of it until we already paid everything and moved in," she said.

City officials agree there are code violations all throughout Summerset Village Apartments. And on Wednesday Mayor Ashley Swearingen declared a local emergency for the complex. <***mayor ashley swearingen/fresno*** " ------ ."

But property owner Chris Henry told Action News on the phone, he's doing the best he can to fix the gas line problem, and hasn't known about any other issues until a couple of days ago. "That would deeply surprise me," said Zach Darrah in response.

He's the executive director of Fresno Interdenominational Refugee Ministries across the street and said he doesn't buy that. But he did confirm Henry's donation to the group, to help offset the costs of food and blankets for the tenants. "Those resources became available when the mayor and him were having their conversation. He decided to match the PG&E who gave 25,000 dollars," said Darrah.

The property owner said he's planning on making a trip next week and he feels really sorry for the situation. But said the problem with the 70-year-old gas line is something he didn't know about.