$1.5 million will be spent to increase the breeding of a parasitic wasp which feeds on the Asian Citrus Psyllid. ACP can carry a tree-killing disease called huanglongbing. Hundreds of thousands of the wasps have already been released in Southern California.

Sweet oranges have long been regarded as an iconic California crop - a crop worth protecting.

Inside a California Department of Agriculture lab in Riverside, scientists are raising parasitic wasps to wage biological war against the psyllid.

Mark Hoddle of the Center for Invasive Species made six trips to Pakistan to bring back tiny tamarixia radiata, the psyllid's natural enemy. Hoddle explained, "They are very specific to ACP. They pose no threat to humans, pets. They can't eat citrus or any other plants and they're very unlikely to attack any other species of insects."

CDFA scientists are breeding ACP - the same pest they want to eradicate - so the tamirixia can multiply. The goal is to raise a million wasps a year.

What looks like parmesan cheese on a leaf are actually eggs laid by a psyllid. Environmental scientist Gale Radabaugh said, "When the psyllid first contacts the plant it will only lay its eggs on these very small pieces of flesh right here."

The psyllids were collected from the thousands of finds discovered in Los Angeles County. They're doing well in the 210 cages located at Riverside's Mount Rubidoux station.

The wasps can kill the psyllids by either puncturing them or females will lay eggs under ACP nymphs. The tamarixia larvae end up eating the psyllid from the inside out. Hoddle said, "Then when that wasp is ready to emerge it will cut a perfectly circular hole in the head of the psyllid nymph and then it will pop out of that nymph and then fly away and look for other psyllids to attack."

But Joel Nelsen of California Citrus Mutual hopes the wasp is never released in the Valley because that would indicate the ACP problem is out of control. Nelsen said, "That's exactly what it means so we think that's a part and parcel of the entire program. We're real high on it. We think USDA has done a tremendous job in helping increase the volume."

At this point tamarixia can't be released in the Valley. Insecticides used to kill ACP and other pests would also kill the wasp. But many growers and experts say eventually the parasitic wasps will find a home here.
Tulare County staff biologist Dennis Haines was certain the wasps will be used in the Valley. "Absolutely. Once we get to a position where we are no longer trying to eradicate ACP in Tulare County or the San Joaquin Valley we will start releasing tamarixia."

Hoddle agreed, "We will eventually release these parasites in the valley to get them established and widespread as possible to combat ACP, drive the population numbers down lower so we don't have so many psyllids flying into commercial citrus production areas."

But without established ACP populations in the Valley the wasps would not survive. Haines said, "They would starve to death here so we have to wait for them to have something to eat."

The Valley has seen isolated ACP finds. None showed the HLB disease. The citrus industry wants to avoid the type of devastation seen in Florida. Hoddle said, "They estimate maybe 50 percent or more of citrus in Florida is now infected with HLB. Approximately 6,000 jobs have been lost." 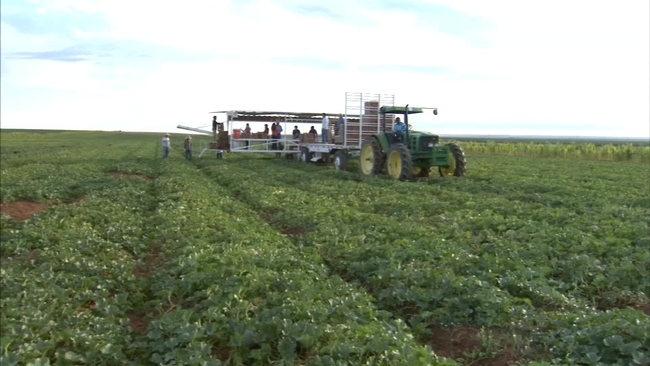 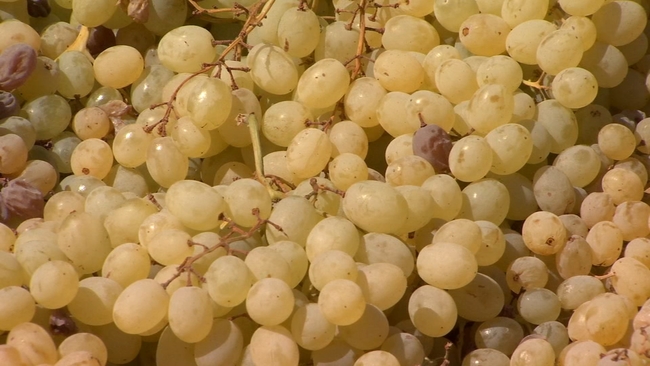