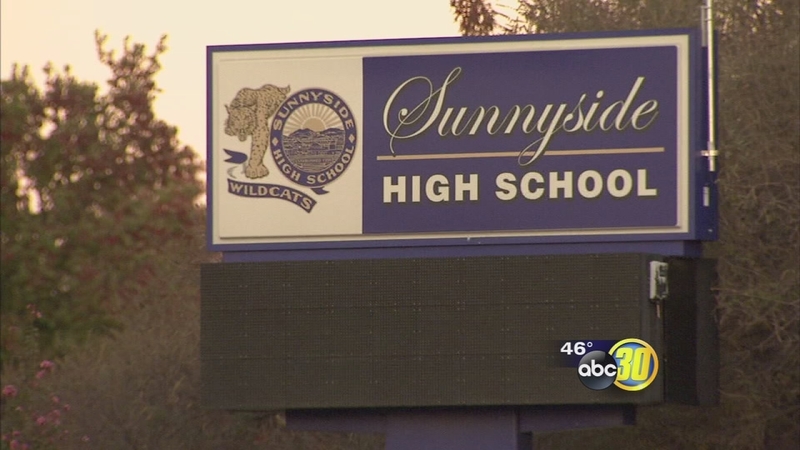 FRESNO, Calif. (KFSN) -- A sweet snack laced with marijuana had one sophomore rolled out of Sunnyside High School by paramedics.

"He ate quite a bit of the cupcake and got ill," said Lt. Joe Gomez, Fresno Police Department.

Fresno police said the student got the cupcake from a female classmate Wednesday. He allegedly took it home then but brought it back to school the next day-- bypassing this sign out front banning drugs on campus.

The Fresno Unified School District released this statement saying it "is taking this isolated incident extremely seriously. Illegal substances on our campuses of any kind are not acceptable, and the students involved will be disciplined appropriately."

Some students though say this is nothing new and they believe prop 64 will make it worse.

"They think it's a passing for people under 18 when it's just like alcohol you have to be 21," said a student.

Parent Enrique Castillo is worried that will not be enough to scare kids.

"Now it's available it's legal and people are going to start seeing it like a normal thing and it's not normal."

Castillo's daughter-- a Sunnyside High freshman-- feels the same way. She has a message for her classmates.

The student who fell ill because of the pot cupcake was cited for possessing marijuana on campus.