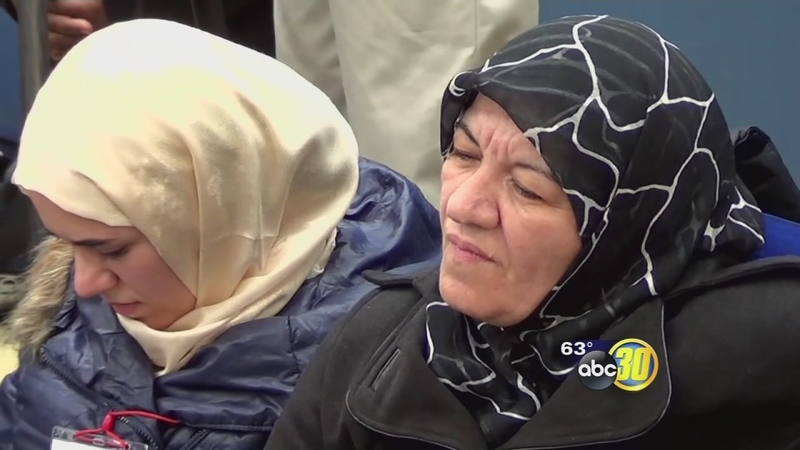 FRESNO, Calif. (KFSN) -- Syrian refugees are slowly migrating to Fresno and many more could be on the way. A rescue group said Fresno is one of the top cities they're vetting for a resettlement site.

Just in the past few weeks, several Syrian families arrived in Fresno and dozens more could be coming. Leaders at Fresno Interdenominational Refugee Ministries said they've been approached by an international organization to potentially help with the process. Since 1994, FIRM has resettled thousands of people in Fresno and for the first time, they're helping families from war-torn Syria.

"These are the people that you are seeing on the news in camps in huge massive camps - Jordan is one place, the border of Turkey is another place," FIRM executive director Zack Darrah exclaimed. "You're talking about hundreds of hundreds of thousands of refugees - all who have fled from Syria."

In the past two weeks, Darrah said some refugees have migrated to the area. Some students are even enrolling in Fresno Unified schools and only speak Arabic.

"We actually had an initial meeting with two families and we're really helping them get connected to social services and with housing," Darrah said.

This natural and slow migration is inspiring an even bigger influx of people. The International Rescue Committee is currently in talks with groups like FIRM to help create a resettlement site in Fresno.

"Definitely, Fresno is looking like a high possibility," Dr. Karen Ferguson with IRC said. "We are certainly in the very beginning stages of having a conversation with groups like FIRM and the State Refugee Coordinators Office about what their thoughts are on Fresno as a potential site."

Ferguson said Fresno works well because there is already an Arab-American community, and Fresno is home to many refugees from other parts of the world. Over the next three months, the IRC plans to coordinate with local organizations and city leaders so that no one is surprised when they ask the Department of State for funding.

"If we get approval and actually open an office in Fresno, we would anticipate resettling about 100 to 150 people," she explained.

Plans are still not concrete, but FIRM said they're ready to help the IRC if and when they need it. Meanwhile, Darrah said Syrian families living in northern California continue to move to the Fresno area in hopes of finding a new home and community.

"In many cities that these folks resettle, these people become key parts of their community," he said. "And I think that learning and compassion and love is the side that we want to err on."