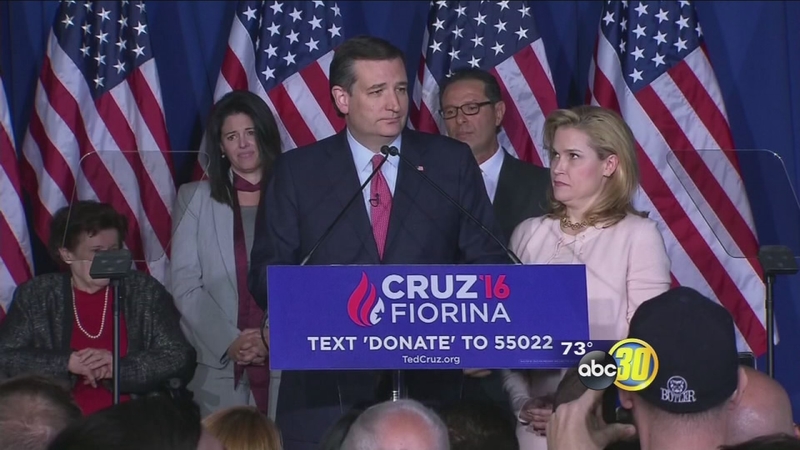 FRESNO, Calif. (KFSN) -- Senator Ted Cruz had solid support in the Central Valley. His dad was just in Fresno last week, speaking at a church and it was a surprise to some, to see Cruz drop out of the presidential race.

If Pastor Jim Franklin of Cornerstone Church could have picked our country's next president, he says, it would have been Ted Cruz.

"He was the candidate-- he had everything needed to be the next president," Franklin said.

Cruz's views are conservative, which fall in line with many of the people of the church. So when his dad, Rafael Cruz was there, on stage, Friday night, preaching for votes, his words were greeted with support.

"We are the conservative center of California," Franklin added, "we are the bible belt of California, this really plays to his constituents and to his message."

On Tuesday, that message was drowned by defeat. Cruz dropped out of the race after a loss in Indiana.

Franklin said, "We could see the writing on the wall so it wasn't a complete shock."

This leaves the Republican Party with Donald Trump and John Kasich. Although, if you ask political analyst, Tony Capozzi, it's Trumps party now.

Guillermo Moreno who is with the Fresno County Republican Party says from here, the party's focus changes.

Moreno said, "We have to unify because what you have on the other side is pretty disastrous."

Capozzi says it's easier said than done because Trump and Cruz separated the party.

As for Pastor Franklin, he still has hope for the country even though his candidate is out.