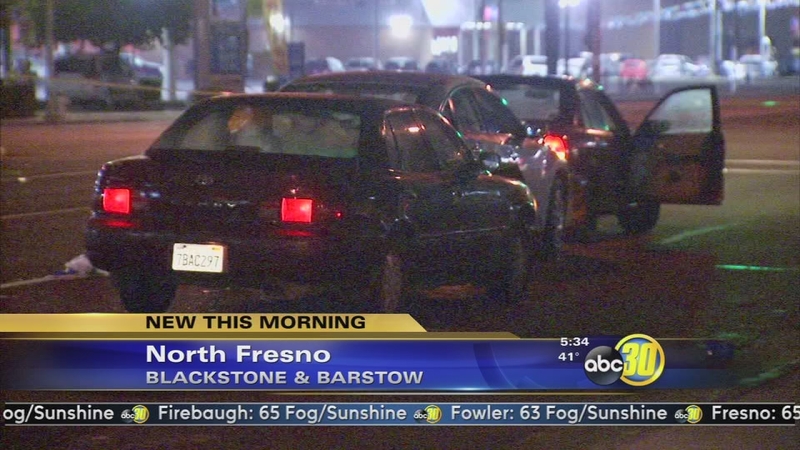 FRESNO, Calif. (KFSN) -- Police say one person was injured and one was killed in an accident involving three cars at Blackstone Avenue and Barstow in Fresno.

Officers determined that two of the cars were stopped for a red light in the same lane on southbound Blackstone Avenue, when the third car crashed into them from behind.

Officers responded to the call around 10:00 p.m. on Thursday night. They found a woman unconscious and immediately started performing CPR. The woman was transported to Saint Agnes Medical Center where she was pronounced dead.

The driver in the second vehicle complained of some pain and was transported to Community Regional Medical Center.