Fresno man gets life term for murdering a father and son 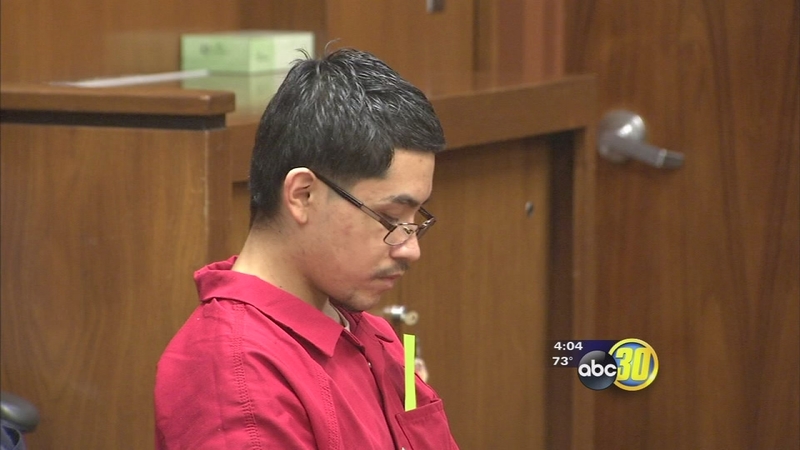 Fresno man gets life for murdering a father and his son

FRESNO, Calif. (KFSN) -- There was no reaction and no response Monday from Michael Rincon as the judge told him he will spend the rest of his life in prison for murdering a father and son last year.

Rincon was sentenced to 50 years to life in prison and also a concurrent term of life without the possibility of parole.

The Torres family wanted an explanation and apology, and they didn't get it from him. Instead they got an apology from his mother, who also defended her son.

The judge said Rincon had no credibility from the start and he supports the jury's unanimous decision.

Monica Torres lost her husband of 28 years and her 22-year-old son. She said, "On June 28, 2013, our whole lives changed from what we knew to be. On that day, I not only lost my baby boy, my husband, I also lost my mind. I struggle every day just to keep my head on straight."

Tony Torres, Sr., and Tony Torres, Jr., were sitting in their SUV in a parking lot at First and Gettysburg when they were gunned down. The youngest Torres was shot three times in the head and his father once.

"Michael has no clue what he has done," said Priscilla Gamez, a family member. "Then to learn everything sitting through this trial, which was the hardest thing to do, listening to lie after lie after lie, not able to say anything. How could you, Michael?"

Rincon had no visible emotion and did not choose to make a statement. But before he was sentenced, his mother Maryann Rincon said she did not believe her son could commit such a crime but nonetheless apologized.

"I stand here today as a mother, as a human being, loving my son regardless of what he is going through, I have to be there for him," she said. "I'm sorry. I'm so sorry. They say we have no remorse; we are human, we do."

Loved ones tearfully told the judge about family gatherings and football seasons that aren't the same or as fun without the father and son.

Although Rincon's mother said her son had no prior criminal past, the judge reminded the court he was convicted on two counts of vandalism while he was part of a tagging crew.