'Evil, self-absorbed narcissist' gets life in prison without parole for wife's murder

A Madera County judge sentenced Julio Garay to life in prison without parole on Wednesday morning.
KFSN
By Corin Hoggard 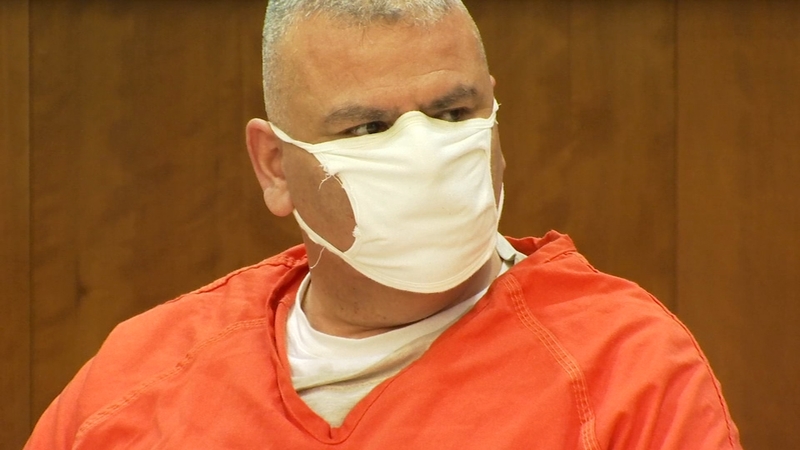 MADERA COUNTY, Calif. (KFSN) -- A Madera County man who hunted his estranged wife and gunned her down as she tried to protect their three young children will spend the rest of his life in prison.

Her family members suspected abuse, but only learned the details when she left him.

"Just off the top, she was stabbed with a screwdriver, beat with a brush, fire pokers, anything he could get his hands on," said Calley's mother, Jodie Williams, who came from Arizona to Madera County for the sentencing.

Calley made her final break last year, filing a domestic violence report, trying to stay hidden and rebuilding her life.

"When we helped her escape on May 15, 2020, she was almost unrecognizable," said Calley's cousin, Sarah Rodriguez. "She wouldn't make eye contact. She would hardly speak unless you asked her something. And even then had no opinion and made no complaints and she apologized for anything and everything."

Calley stayed under the radar for two months.

She lost weight and started feeling good about herself.

Family members say Calley laughed quietly, but her smile lit up a room.

She took a selfie photo just hours before her abuser tracked her down at a medical appointment for their kids, who were between the ages of 1 and 7.

He waited for her to come out, sneaked up on her, and wildly opened fire as she scrambled to protect the boys.

"She was taken from us in such a horrible manner," said Calley's father, Keith Trout, who came from North Dakota for the sentencing. "She was murdered by a person who shows no remorse."

The murderer had nothing to say in court Wednesday before the judge sentenced him to life in prison without the possibility of parole.

"In the end, this trial was about a selfless mother and wife who sacrificed everything in an attempt to save her family," said Judge Dale Blea. "It is also about an evil, self-absorbed narcissist who appeared laser-focused on destroying everything that was important to Calley."

As the killer disappears into the prison system, Calley's family emphasized their determination to finish the job she was doing up through her final moments.

"We are here today to let him know we will raise these boys with love, family values, and kindness," said Calley's cousin, Curry Diaz. "They will learn by example how to treat women and finally break the cycle of domestic violence. He will be forgotten and Calley will live on forever."

One way they're keeping her memory alive is through an annual October walk in Chowchilla.

This year, they raised more than $6300 for Beloved Survivors to help other victims of domestic violence.

They also pushed for Calley's Law, which passed the California legislature in 2021.

It adds a section in a domestic violence restraining order allowing a judge to order secrecy about school, daycare and medical records that could reveal a child's whereabouts to an abusive parent.